We are proud to announce that we have officially become sponsors of Newbold-On-Avon Rugby Football Club for the 2016/2017!

On Thursday 25th August, we presented brand new Häfele sponsored rugby shirts to the Newbold-On-Avon RFC under-13 team and unveiled two new advertisement boards on the main stand. Craig Chambers, the newly appointed Managing Director of Häfele UK was on hand to meet the team and present the kits, alongside the Häfele UK marketing team including Chloe Thacker, Becci Pell and Harry Wheatcroft.

The under-14 team, coached and managed by two of our Häfele employees, Lee Dicey and Gareth Bevan – were thrilled with their new shirts, which fuelled the team’s passion to kick off the 2016-2017 season in style! The excitement of the team was shared by The Mayor of Rugby, Cllr Mrs Sally Bragg who was in attendance to share in the memorable evening for both Häfele UK and Newbold-On-Avon RFC.

The Newbold-On-Avon RFC ground is just a stone’s throw away from the Häfele UK Head Office and we are thrilled to have re-established our partnership with a club that is integral to the local community, where so many of our loyal employees hail from.

Keep your eye out for updates on the Newbold-On-Avon RFC under-13 team on Häfele News and on our Twitter and Facebook accounts, as the team look to kick on from their successful campaign last year. 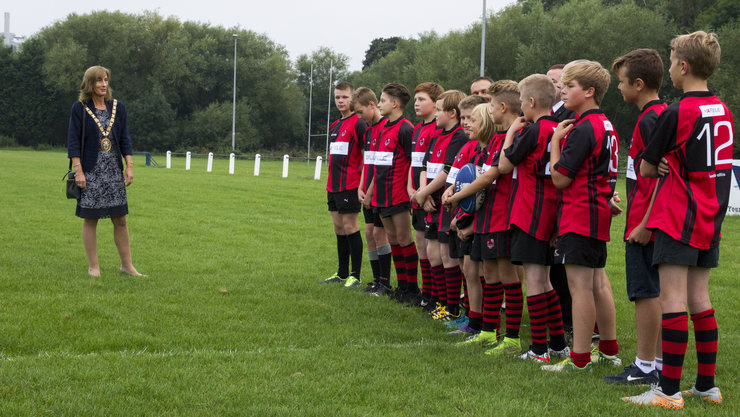